Ever since smartphones gained acceptance and started gaining popularity, a number of companies have stepped forward to launch their own brand in the market. A plethora of smartphones models has been witnessed in the market, each of which is striving to make a place for themselves. While there are some who have managed to be accepted on the large scale, there are others for whom, the struggle seems to continue.

In this review, we are going to discuss the recently launched Asus Zenfone 2. We are going to go through the various aspects of this model to draw a conclusion whether this phone is capable of surviving the race of smartphones or if it is going to lag behind. 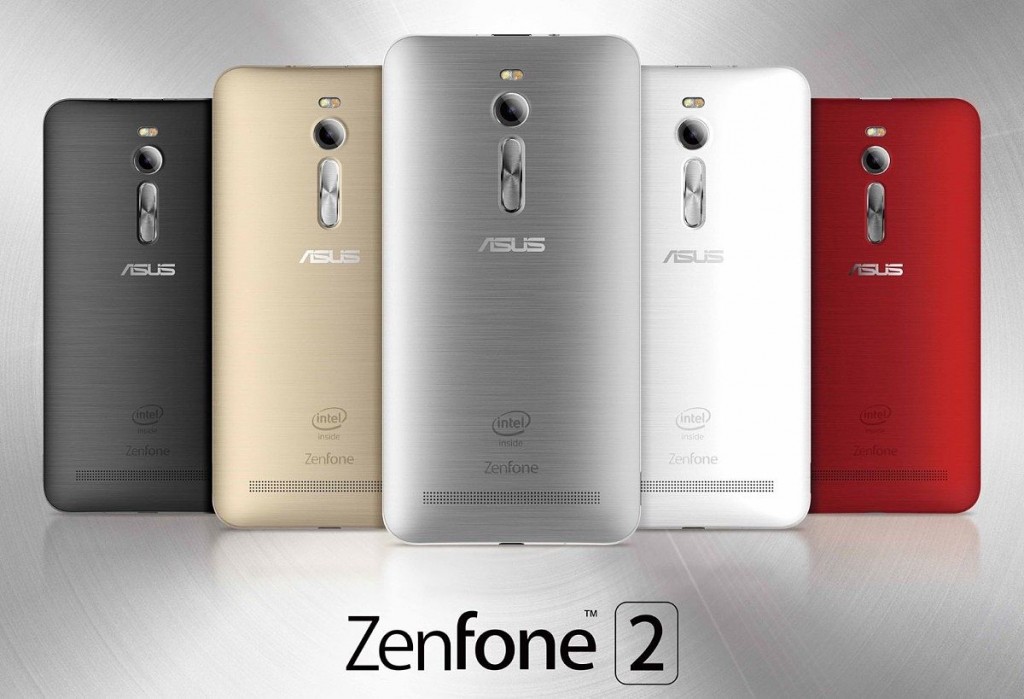 A point to note

Before moving ahead with the review, there is an interesting point about the Asus Zenfone 2 which merits attention. The Zenfone 2 is actually comprised of two different models that have five different variants, three among which have a 5.5-inch screen while the remaining two are equipped with a 5-inch display. Everything ranging from price to RAM and storage capacity differs in these models, but they are bundled under a single name, which is that of the Asus Zenfone 2.

In this review, we are going to focus on the 5.5-inch variant of the Asus Zenfone 2.

The Asus Zenfone 2 has a brushed metal look. While it does appear to look like it is metal, the touch still retains the feeling of being a little plasticky, which implies that you would not get a premium feel.

The 10.9 mm thick device is far from being thin and would certainly feel somewhat like a burden when you carry it around in your pocket. This also implies that a certain level of difficulty will be faced in handling the device and you would not be able to operate it with a single hand.

The back cover is replaceable and you have a number of choices with regards to colors from which you can make your selection. There is the option of black, white with red, gold and gray for the back cover. A unique range of illusion covers is also being offered by Asus, which comes in attractive crystal patterns.

Removing the back cover would lead you to the dual SIM slots as well as the slot for the microSD card. The battery is non-removable, which does seem to be the trend these days. It can be a hindrance if your battery dies as you cannot change it with a fresh one.

You would be glad to know that you would be able to use this handset even under direct sunlight with ease.

Equipped with Intel’s Atom quad-core Z3580 processor, the Asus Zenfone 2 is supported by 4 GB RAM. This makes way for better performance and allows you to multitask with more feasibility. With 32 GB of internal storage, the internal memory does not give you a reason to complain. If you do need extra memory, you can opt for external storage for which a microSD slot has been provided, as mentioned above.

There is a 13-megapixel camera situated at the rear end of the phone, while the front camera has 5 megapixels.

The screen of the handset is wide, ensuring you can get a variety of angles for your pictures. The colors are vibrant and bright with good quality pictures being produced.

In the low light mode, the shots taken are hypersensitive to movement, so you will either have to make sure your hands are extra steady or you can opt for a tripod. The front camera has a beautification mode that allows you to smooth out any wrinkles or blemishes that are apparent on your skin, paving the way for some sweet selfies.

You can shoot HD videos with your model, which would have better quality if shot under bright light.

A number of additional features are available in the model for usage. These include a reminder app, which enables you to keep track of messages and calls to return, as well as a do it later app.

You can change the theme of your phone if it suits you. You can also customize the font, switching colors if you like.

Intel has made commendable progress in making a transition to mobile phonex and this phone is an excellent example of that. Performance, on the whole, is satisfactory and you would not find the phone to be sluggish or hanging.

While it is true that this phone does not seem anything out of the ordinary and would fail to impress you at a glance, it is when you dive deeper that you find it actually has a lot to offer. The price might be a bit too steep for some and you might get better options at lower rates. However, if the price is something you are willing to overlook, you will find this a good choice, especially with its hardware, smooth performance, and superb camera quality.