There was a time when a computer would fill up the entire room. This gradually changed with the computer gradually reducing in size and reaching a stage where it could be placed on a table. While people were getting accustomed to it, laptops arrived at the same time to bring about a more drastic change with regards to the usage of computers. Now, when you could think that there was nothing more to be accomplished, tablets arrived on the scene which changed the equation completely.

Laptops have to be carried around in a big bag and handling them could be quite difficult. That is not the case with tablets, which you can easily carry around and use it wherever you require. Needless to say, people embraced this innovation with open arms. Due to the popularity of the tablets, many companies extended their wings and started producing their version of the gadget which would outdo the rest. 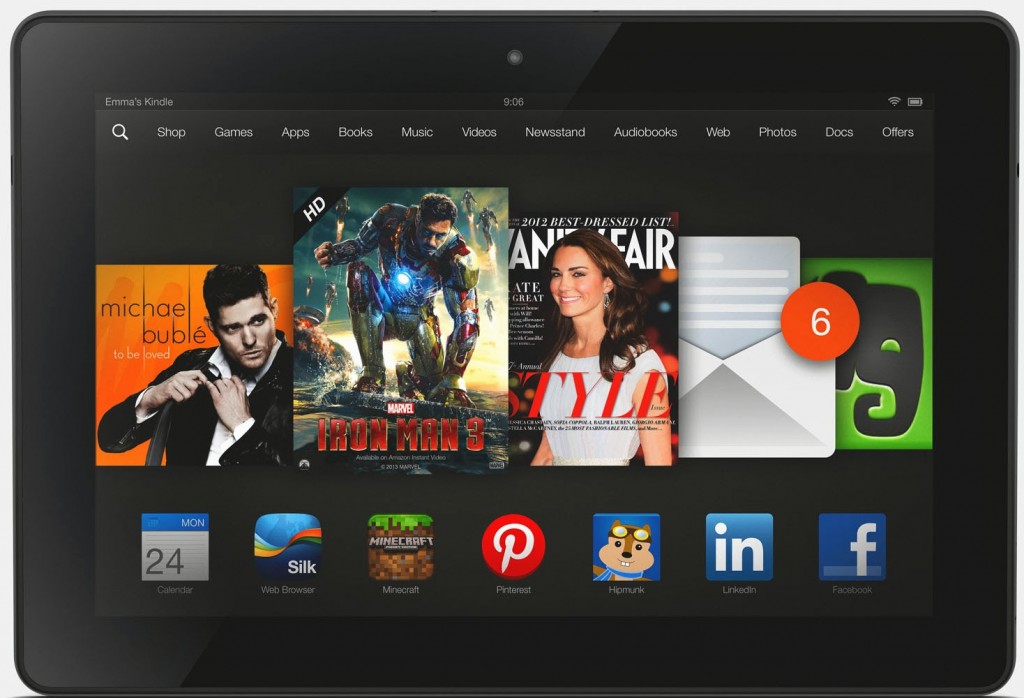 We are going to talk about one such gadget, which is the Amazon Fire HDX 8.9. We are going to provide you with a brief analysis of the product where we are going to discuss the various aspects associated with it. This review will enable you to arrive at a conclusion whether you should spend money on this product or not.

Details of the Amazon Fire HDX 8.9

Let us now walk you through the various aspects of the product.

The design of this tablet has not been changed too much from the previous version, which was introduced back in 2013. However, this could be because there was no reason to bring about a change, considering the design is worth appreciation on its own. Keeping the elements of style and esthetics intact, this tablet ensures that it does not go over the top in an endeavor to be different. Instead, they chose to keep things subtle and went for a simple yet stylish angular design. Now equipped with accessories, this tablet ensures that its usage does not pose any difficulties for you. Being around 8mm thick, this tablet is still one of the thinnest ones around and the weight of this gadget would not feel like a burden when you carry it around in your handbag.

As we previously mentioned, this gadget is equipped with some rather cool accessories, including a Bluetooth keyboard along with a micro USB to HDMI adapter. The accessories are all light in weight and would not be difficult to handle. No compromise would be made upon the overall style of the gadget either. If you used to have difficulty using the features of the touchscreen while you browsed, this is something that would be a welcome addition.

However, this does not imply that any sort of compromise has been made upon the feature of the touchscreen. The screen is still as responsive as ever and a simple flick of the finger would be all that would take to move around. However, occasional difficulties might be faced during browsing when you have to click on a certain link.

These days, usage of gadgets is not limited to older people. Children are also found to frequently use tablets. This might be a problem if you want your child to be able to use certain features while restricting him from others. Instead of having to turn on the child-friendly mode every time you entrust your child with the gadget, you can now just change the profile. Yes, there are two different profile settings available in the device, one for adults and another one for children, thereby making sharing easier.

Thanks to the presence of Dolby Atmos audio system, this tablet would be able to provide you with the type of theater experience that you could not have thought possible. This feature has the kind of setting that would make it appear as though you are hearing the sound from around you. It would make you feel as though you are right in the middle of the scene you are watching. Speakers are also rather loud and clear, making it easier for you to watch a movie on your tablet.

This can be considered as a shortcoming of the tablet. The Amazon Fire HDX 8.9 does not have access to Google Play. Instead, you can use the Amazon Appstore to find your apps. Since the library of this app store is nowhere near as large as Google’s, this can be somewhat a disappointment.

You can trust Amazon to add a feature that would make shopping easy. With the help of this feature, you would be able to get all the details of any object that you take a picture of, along with its specifications like whether it can be bought from Amazon and its price. All you would have to do is pinpoint the camera on the object that has grasped your attention and all its details would be available at your disposal.

You would not be able to increase the storage capacity of the tablet due to the absence of a slot for a microSD card.

All in all, barring a few shortcomings, this is a tablet that would not disappoint you in terms of function. The design, display and features would keep you interested, and the price is also somewhat affordable. Therefore, if you are contemplating purchasing a tablet on a limited budget, do give this one some considerable thought as it might fulfill all your requirements. You would not regret that you made this purchase.